Proposed NLUA is the best tool for disaster-readiness, land use group claims 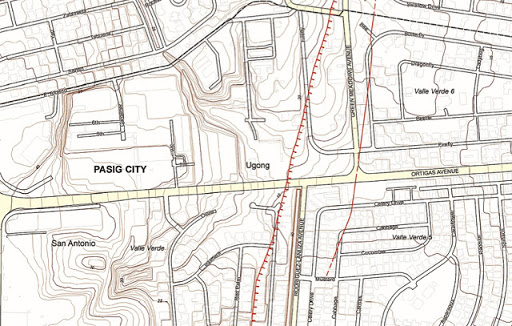 As the nation gets ready for “The Big One,” the 7.2 magnitude earthquake that may hit the country any time, the Campaign for Land Use Policy Now! Network (CLUP Now!) insisted that the best way to prepare for upcoming disasters is through well-implemented land use plans and strictly-enforced land use laws.

“We realize the importance of having the National Land Use Act (NLUA) especially in times like this,” stated Dinagat Islands Rep. Kaka Bag-ao. "Its effects might not be felt overnight. However, in the long run, land use plans will result in a disaster-resilient community if properly implemented. This can be achieved by institutionalizing the NLUA. We need a national policy that consolidates local land use plans and resolves conflicts on land use.”

Rep. Kaka Bag-ao is the principal author of the NLUA bill which is still pending in the 16th Congress. One of the aims of the NLUA is to reduce the negative effects of disasters to people and businesses, therefore making the bill a disaster-resiliency tool itself.

“There are already many buildings, houses, and other infrastructures located at the West and East Valley Faults, and the only thing left to do is to be prepared when ‘The Big One’ hits,” stated Anthony Marzan, convenor of the CLUP Now! Network. “But preparation (for any earthquake) should not only be limited to evacuation plans and relief operations.”

Marzan insisted that the implementation of a national land use law is another way of saving lives and reducing the negative effects of disasters aside from these ‘last-minute’ solutions.

“Though each LGUs have their own comprehensive land use plans, it is important to have a higher body to overlook the formulation and implementation of their CLUPs, and to make sure that these CLUPs are not in conflict with each other.” Marzan added. “Conflict in CLUPs is the least thing we would want to deal with when a disaster strikes. We do not want to relocate people to another place, and later find out that the relocation site is at risk as well.”

Land use expert, Dr. Elmer Mercado, explained that under the proposed NLUA, a higher body will determine the key risk areas that will be affected by the valley fault movements. The higher body will then guide the local government units and ensure that land use policies are adopted by individual LGUs.

Last week, the Philippine Institute of Volcanology and Seismology (PHIVOLCS) introduced the Valley Fault System Atlas to the public. Though the Atlas is widely identified as a disaster-readiness tool, Mercado pointed out that it should also be a basis for the improvement and enforcement of regulations on building and zoning, not just in the areas affected but in the whole country.

“There should be a strong spatial restriction in areas at risk,” Mercado explained. “Settlements, as well as businesses, in high-risk areas should be properly controlled and limited.”