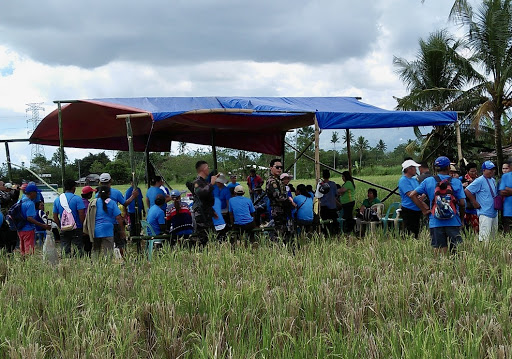 Thirty four (34) agrarian reform beneficiaries (ARB) from Barangay Labrador, Ormoc City, are still barred from cultivating the 12-hectare land awarded to them under CARP despite being officially installed October last year. This is due to an ongoing negotiation between the CLOA holders and some farmworkers who are currently tilling the land located in Hacienda Capahi.

DAR awarded the subject land to the CLOA holders in 1997, however, landowner resistance delayed the installation for more than 2 decades.

Before the installation last October, the two parties signed an agreement stating that the CLOA holders, who are all members of San Jose, Labrador, and Sabang Bao Farmers Association (SALASAFA), can start cultivating the land once the current tillers harvest their existing crops. However, the said agreement was not honored when the current tillers once again started land preparation after their harvest.

Alejandro Ebcas, one of the ARBs, expressed his dismay over the situation.

("The situation is difficult for us. We are listed as CLOA holders, yet it is other people who are benefiting from our land," stated Ebcas. "This is why we are requesting for DAR to help us position in the land that is rightfully ours.")

Ebcas also added that Landbank has already issued them an amortization schedule despite the current situation. "Mao to nga unsaon man namo na pag bayad tawn nga wala paman mi naka produkto?" (How are we going to pay them if we don't have produce yet?")

SALASAFA is being assisted by the Ormoc-Kananga Leyte Farmers Federation (ORKALEFF) in following up the case with the Department of Agrarian Reform. According to ORKALEFF Chairperson Doroteo Medina, a dialogue between the parties was already scheduled in March to address the issue. The dialogue will be mediated by the DAR Provincial Office. //