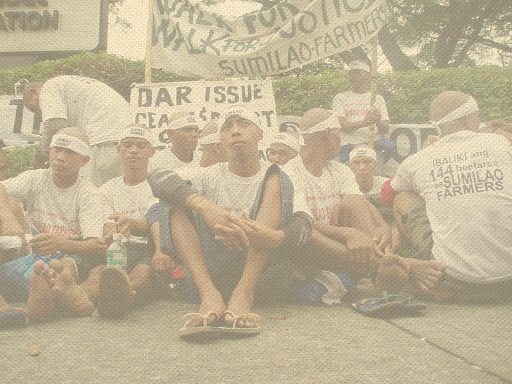 In the past months, there have been a number of alarming statements from presidential candidate Mayor Rodrigo Duterte that caused uproar to different sectors of the society. Our organization, KAISAHAN tungo sa Kaunlaran sa Kanayunan at Repormang Pansakahan, was however alarmed by his recent declaration to end the implementation of the Comprehensive Agrarian Reform Program. We are gravely concerned over this since it will greatly affect the need to secure the land rights of poor landless farmers.

Last April 27, Mayor Duterte announced in a business forum in Makati that he will discontinue the agrarian reform program since it did not benefit both landowners and farmers. He added that ever since CARP’s implementation, agricultural lands were divided into smaller parcels and became less productive because the farmers were not able to sustain production due to the lack of resources.

This statement just reflects the Mayor’s lack of comprehension of the agrarian reform program. Contrary to his claims, CARP has in fact benefitted majority of the agrarian reform beneficiaries (ARBs). In the 2008 Philippine Asset Reform Report Card published by the Philippine Partnership for the Development of Human Resources in Rural Areas (PhilDHRRA), 77.7% of the ARBs surveyed were satisfied with CARP, having a net satisfaction rating of 55.6%.

While there have been a lot of issues around CARP, we should still look at how the program improved the lives of the majority of its beneficiaries. In the DAR status report on the overall Land Acquisition and Distribution Balance (2014), there are still around 700,000 hectares of land for distribution. Given this, there are still millions of farmers who are about to benefit, and will continue to receive support services, with the continuous implementation of CARP.

Mayor Duterte’s declaration of ending CARP is extremely alarming. Non-implementation of CARP only means depriving of the farmers their Constitutional rights to own the lands they till and receive support services that will help improve the quality of their lives. Many farmers still look forward to own the lands they’ve tilled. The ARBs are counting on CARP for a sustainable living and a bright future for their children. It is clearly unjust to deny the farmers of this right.

KAISAHAN, as an NGO working for agrarian reform, finds Mayor Duterte’s pronouncement of support for the farmers tremendously questionable.

The agrarian reform program is mandated under the 1987 Philippine Constitution. Killing the program is a violation of the fundamental law of the land.

KAISAHAN is calling everyone to choose our candidates carefully since a wrong choice may cost the lives of millions of our local farmers—one of the most vulnerable sectors of the Filipino society. The elections should never ever be a dirty game where we put the lives of different sectors at risk.

Our vote is not just a personal choice. We must also consider the welfare of the marginalized when we choose our candidate. Let us work together in helping the country achieve true and sustainable development.