Trust in DAR and the Government 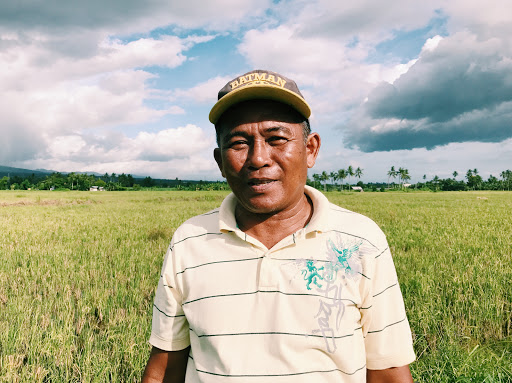 As a farmer, I already lost my trust for DAR and the government. We never got any assistance from them even though we ask them many times for support for our farming activities. It is really hard to be a farmer tenant. I got a lot of debts, and the only ones we know that could help us is the government. We were really disappointed when we received nothing from them.

I am aware that I am a CLOA holder ever since my involvement in KAMAO, but I remained a farmer tenant (and sometimes farmworker) because the landlords would not allow us to get installed. I think they are conspiring with DAR. Another reason why I stopped trusting them.

During my time with KAMAO, we tried negotiating for our installation, but we got tired eventually. Then, KAMAO became inactive and we were left alone. We already spent a lot on our fare to Tacloban to deal with DAR. It is too much for us, and we were getting nothing. So, we stopped.

Until one day, Nang Belen visited me here in Valencia and explained about the project of KAISAHAN. I immediately cooperated and told my fellow farmers about KAISAHAN’s plan. The first time we were called for a meeting, many of my fellow farmers joined because we are really waiting for some help.

And then we had dialogues with DAR. This is the time when my trust for DAR and the government slowly returned, because the officers are a lot different now compared to the previous ones. They now listen to us, and I can see that they are really willing to help us. Before installation, we even have security meetings to ensure our safety. They are really working closely with us for our installation. There are failed attempts but I can see their willingness to pursue it.

We received support services from DAR (a hand tractor), and the City Agriculture Office. We received free seeds and fertilizers from DA’s HYTA program, which we immediately planted and recently harvested. We also received fingerlings from CASO.

Our organization was reorganized and we are now accredited in the LGU. We get invited in public events like the foundation day parade. With the recent events, I can say that the government agencies and the LGU gained my trust back.

I am thankful that we finally got installed. We already had our second harvest season as landowners. My income was now doubled, and I was able to pay all my debts.