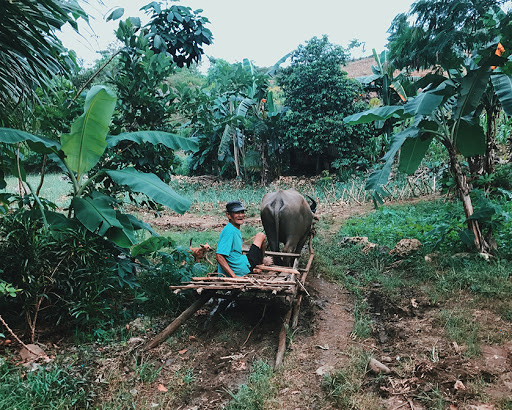 The onslaught of Typhoon Ompong (International name: Mangkhut) brought an estimated PhP14.3 Billion worth of agricultural losses, according to the reports of the National Disaster Risk Reduction and Management Council (NDRRMC). This nearly doubled the Department of Agriculture's projected damage cost which is around PhP 7.9 Billion.

Most of the affected areas are farmlands located in Ilocos Region, Cagayan Valley, Central Luzon, CALABARZON, and in Cordillera Administrative Region (CAR). NDRRMC reported that in the CAR alone, there are more than 170,000 affected agrarian reform beneficiaries and small farmers. The number of affected farmers is expected to increase once assessments of regions and provinces are completed.

The agrarian reform beneficiaries, one of the poorest and marginalized, suffer the burden of the damages. Most of the farmers failed to harvest their crops prior to Ompong since the majority of it are just nearing maturity and still not harvestable. Meanwhile, the rice and corn farmers rushed in harvesting their immature crops to cover at least a quarter of the production cost. Sadly, farmers who planted other crops cannot do the same.

Unfortunately, the Philippine Atmospheric, Geophysical and Astronomical Services Administration (PAGASA) predicts that 4-5 tropical cyclones may enter the country in the last quarter of 2018, giving no time for the farmers to recuperate.

It was clear that State intervention is necessary to build resiliency measures not just to enable the farmers to adapt to the changing climate but also to help them manage risks in these times of disasters and calamities. The government and its instrumentalities should adopt or create programs and policies on risk management schemes to build a resilient agricultural sector - one of this is crop insurance.

Crop insurance is a risk management mechanism designed to even out and mitigate agricultural risks and consequence of natural disasters more bearable to the marginalized farmers. It provides insurance protection to agricultural producers against loss of the crops, livestock and agricultural assets on account of natural calamities, plant pests and diseases, and other perils.

No reports were made whether the crops of the farmers affected by typhoon Ompong are insured, or have availed crop insurance programs of the Philippine Crop Insurance Corporation (PCIC). This is most likely not the case since records of PCIC in 2014 indicated that subsistence farmers' participation is low because of the premium that has to be paid by the farmers to participate in the insurance program of the government. Most of these subsistence farmers are agrarian reform beneficiaries of the Comprehensive Agrarian Reform Program.

KAISAHAN believes that it is therefore prudent for the government to prioritize the passage of House Bill 6686 or the Full Crop Insurance Coverage Bill.

HB 6686 seeks to automatically grant full insurance coverage to all qualified agrarian reform beneficiaries under the Comprehensive Agrarian Reform Program (CARP) as part of the support services provision of the program. It aims to mitigate the effects of natural calamities by providing crop insurance (including accident and death) to qualified farmers.

The House of Representatives has already approved HB 6686 on third and final reading last February 2018. In the Senate, several bills on crop insurance were filed. However, the Senate Committees on Food and Agriculture, and Agrarian Reform, both chaired by Sen. Cynthia Villar, have yet to convene a public hearing on the proposed measures.

We urged President Rodrigo Duterte and the Senate leadership to prioritize the passage of Full Crop Insurance Coverage this 17th Congress. #

To know more about HB 6686, please refer to this policy brief:
Comprehensive Insurance Coverage for ARBs