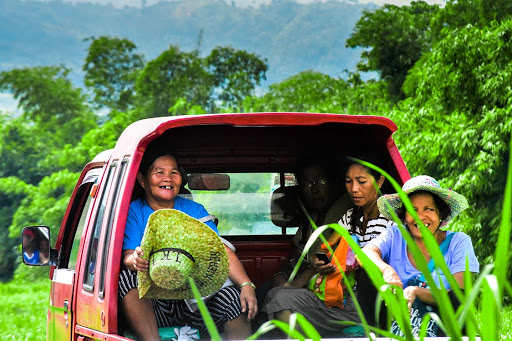 The Department of Agrarian Reform (DAR) installed 30 agrarian reform beneficiaries (ARBs) last July 10, 2018, in a 6-hectare land in Brgy. Montebello, Kananga, Leyte. The 6-hectare is a portion of the 36-hectare CARP-awarded land that was previously owned by the Varela family.

("I'm happy that the installation finally pushed through after three years of struggle. I'd also like to thank KAISAHAN for their assistance during the process.")

The installation was originally scheduled on July 4; however, due to the then unfinished negotiations between the ARBs and the Varelas, the activity was postponed. DAR, instead, conducted a relocation survey on the said date.

20 years of waiting, finally over

Most of the ARBs received their Certificates of Land Ownership (CLOA) Award, 20 years ago. However, negotiations with the previous landowner, who claims that the CLOA holders are not the rightful beneficiaries of the Varela land, only started in 2015.

On July 9, 2018, both parties resolved the land dispute and signed a compromise agreement together with the current Varela farm workers. The agreement states that the CLOA holders will be installed in the remaining lots after the harvest of the existing crops around May 2019. The DAR facilitated the signing which marked the end of the 3-year negotiation with the Varelas, and the 20-year wait of the farmers.

("The acquisition process for this area ended years ago. But the farmers were unable to cultivate the land because of the land owners' resistance," explained Provincial Agrarian Reform Officer Renato Badilla.)

As part of the agreement, the CLOA holders will be installed in four lots. Varela's current farm workers will get a portion of one of the lots. Another portion, where a house and a small rice land is located, will be retained. It was swapped with a new lot where the ARBs were installed last July 10.

CLOA holder Adeline Masbate, a member of the Montebello Farmers Association (MOFA), was grateful for the assistance they received from the DAR and KAISAHAN. Masbate shared that their organization would develop the acquired land into a communal rice farm. //