Legarda stresses importance of land use act, sponsors photo exhibit on land use 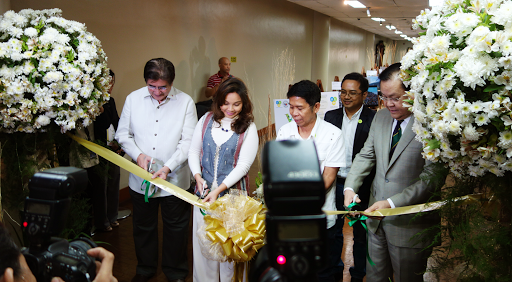 “The use of land in our country remains chaotic and breeds environmental degradation especially with the lack of a national land use policy framework.”

This was emphasized by Senator Loren Legarda during the launch of a photo exhibit on land use at the Senate of the Philippines on December 10, 2014.

The Office of Senator Legarda, in partnership with the Campaign for Land Use Policy Now! Network (CLUP Now!), mounted the exhibit entitled “YUTA: Limitadong Kabtangan,” to showcase the different effects of proper and improper land use in the Philippines.

It hopes to support the need for the passage of the National Land Use Act, which is currently under review by the Senate Committee on Environment and Natural Resources headed by Senator Legarda.

According to Legarda, the challenges of climate change demands for better land use planning.

“It is sad to note that we are placing more and more people and economic assets in harm’s way because of the pressures of development. We must not locate urban areas, communities and agricultural areas in the known path of floods and typhoons. We need a strategy to de-couple economic growth from the growth of exposure to disasters,” Legarda added.

The senator hoped that her fellow legislators will help her enact (the NLUA) into law as soon as possible. “We have no time to waste because the safety of our people and the sustainability of our communities are at stake here,” she stressed.

Meanwhile, Ruperto Aleroza, chairperson of the Pambansang Katipunan ng mga Samahan sa Kanayunan (PKSK) and a member of CLUP Now!, further explained that the exhibit seeks to raise awareness about the importance of the passage of the National Land Use Act.

“The exhibit presents the best photos from the NLUA: A Safer Future for All of Us Photo Contest. We are hoping that people have become more aware about the proposed law. In the process, we also learned about the people’s view on land use in the country,” explained Aleroza.

Other lawmakers present were Senators Sergio Osmena III and Gregorio Honasan II. The Yuta: Limitadong Kabtangan Photo Exhibit will be displayed until December 17, 2014 at the Senate of the Philippines, in front of the session hall.