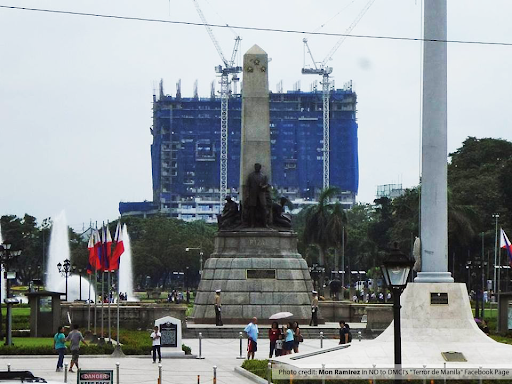 As the Torre de Manila construction persists, the Campaign for Land Use Policy Now (CLUP Now!) network calls on Senator Pia Cayetano to stand her ground in upholding the historical integrity of the Rizal Monument and recommends the demolition of the cultural obstruction.

"The National Land Use Act (NLUA), which Senator Cayetano filed in the Senate as SB 150, emphasizes the inclusion of cultural heritage sites under protection land use. This means that the laws on conservation of heritage areas, such as the Rizal Monument, should be strictly enforced," pointed out Anthony Marzan, convener of CLUP Now!

Marzan believes that the construction of Torre de Manila in Taft Avenue is controversial since it ruins the sightline of the Rizal Monument in Luneta Park, which has a very big implication on the country’s tourism and heritage conservation.

CLUP Now! is one with Senator Cayetano in pushing for the NLUA’s passage this 16th Congress. Cayetano's bill cites that “...LGUs in coordination with the National Historical Institute, the National Commission for the Culture and the Arts and the Cultural Center of the Philippines shall designate historical zones to protect the historical integrity of said geographical areas and cultural space of intangible cultural properties, which are significant to a city/municipality and the community.”

Marzan emphasized that local government units already have or should have land use plans and zoning ordinances on the protection of national heritage sites. However, these plans and ordinances clearly have implementation gaps resulting to conflicts in the areas of heritage protection and settlements development.

Lone District of Ifugao’s Rep. Teddy Baguilat, co-author of the NLUA bill in the Lower House, said that the proposed bill also addresses major loopholes on the formulation and observance of local land use ordinances.

“I hope this issue will serve as a wake-up call for local governments on the importance of following a national framework for land use planning for future generations,” Baguilat stated.