Hope Springs From The Local: 2007 In Review 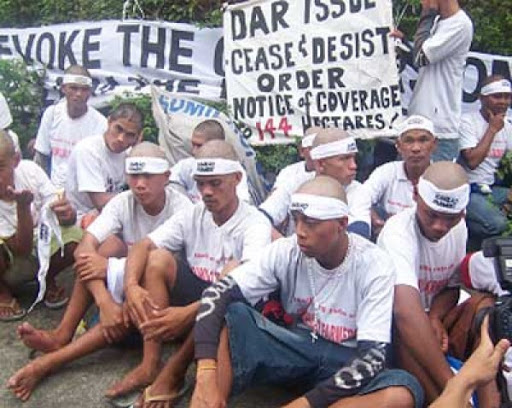 Hope Springs From The Local: 2007 In Review

In 2007, the administration's desire to remain in power was desperate. Quoting from a Jesuit academic, "the exploits of the national government this year [2007] has resembled a bad telenovela; the stories went on and on and became less believable as the plot thickened."1

This incredulity was matched by the public's collective response to each and every crisis situation in the country. National institutions, particularly the Courts, again served as a bastion of democracy while the local - the organized groups and the electorate - showed that the Filipinos' redemption and hope spring from the collective actions of local citizens wanting reforms.2

Coming from a year of civil and political rights repression - the declaration of a state of national emergency and the lifting the Writ of Habeas Corpus, the "gag order" on cabinet officials from attending hearings called by the Philippine Congress, and the brazen attempts at railroading charter change - the year 2007 saw the continuance, if not worsening of human rights violations.3

The "gag rule" imposed on officials of the executive department contained in EO 464 remains in effect despite the Supreme Court ruling that when "the Congress exercises its power of inquiry, the only way for the department heads to exempt themselves thereupon is by a valid claim of privilege. They are not exempt by mere fact that they are department heads. Only one executive official may be exempted from this power - the President whom executive power is vested." Department heads must first prove that their claim is covered by executive privilege; after all, the Court said that presumption is against executive privilege. Despite this ruling, the President still prevented her officials from testifying on election-related irregularities. Also, the extra-judicial killings of grassroots leaders, journalists, religious, and politicians continued. In rural areas, agrarian-related human rights violations persisted in 2007 as big, private landholdings were covered under the Comprehensive Agrarian Reform Program.

Instead of addressing this seeming annihilation of peasants, sectoral leaders, journalists, and priests, the government passed into law the Human Security Act or the Anti-Terrorism Bill. This law defines "terrorism" broadly that it could encompass legitimate and non-terrorist activities, resulting in a chilling effect for those who are lawfully exercising their civil and political rights. The provisions on surveillance, interception and recording of private communications, prolonged and unlimited period of detention without warrant, and proscription of terrorist organizations, associations, or groups of persons, effectively infringe constitutionally guaranteed rights. This measure, in going after "terrorists," represses the legitimate actions of marginalized groups4. Despite this law, the explosion of a mall in the country's business district and the bombing of a wing of the House of Representatives remain unresolved.

Compared to 2006, at least in 2007, the proposed laws of KAISAHAN and our partner NGOs and POs were filed and initially deliberated upon by Congress. The proposed CARP Extension with Reforms bill, which was drafted by the party-list group Akbayan, farmers' organizations, and NGOs like KAISAHAN, SALIGAN, and BALAOD-Mindanaw was filed as House Bill 1257. However, when the year closed in December 2007, HB 1257 has not reached a second reading and it did not yet have a counterpart at the Senate. The delay was caused by, among other reasons, the May 2007 elections, the failed impeachment against the President, and the congressional inquiries on graft and corruption. Like in 2006, national issues placed the passage of important reform measures at the back burner of congressional priorities.

Against this backdrop, there were bright areas that were noticeable in 2007. The Supreme Court showed its concern for civil and political rights by making efforts in addressing the extra judicial killings. Former President Estrada was found guilty of plunder by the Sandiganbayan. Later in the year, Estrada was pardoned by President Macapagal-Arroyo. Fr. Ed Panlilio won the post of governor of Pampanga against a known gambling operator and the son of a senator. What was foreseen as a two-cornered fight between two allies of the administration5  was won over by a priest who never had experience in running an electoral campaign. His victory signaled the clamor of local voters for changes in leadership and governance. After he served for several months, Governor Panlilio exposed Malacanang's distribution of so-called "gifts" to local officials.

Beyond elections, the efforts of grassroots organizations, in partnership with support groups like NGOs and the Catholic Church led to securing land victories. In Sumilao, Bukidnon, the historic march across the country of 55 farmers to reclaim their 144-hectare land resulted in the Office of the President decision revoking the conversion order granted to landowner, Norberto Quisumbing/San Miguel Foods, Inc. (SMFI). Quisumbing/SMFI violated the strict rules on conversion when it failed to develop the contested land into an agro-industrial area within five years.

The efforts of the Sumilao farmers put a sad note to the state of governance in the Philippines. For a group of farmers to walk, sometimes on barefoot, for 1,700 kilometers just to air their grievances to the government demonstrates our low regard for governance and the rule of law. Still, the revocation order was a bright spot, a landmark victory that could be attributed to the farmers' and their support groups' efforts, in spite of, if not despite of, this administration.6

Farmers in other land cases also gained victories after they held mass struggles. The Task Force Mapalad farmers of Hacienda Velez-Malaga, Negros Oriental, were installed in the awarded land after they held a 29-day hunger strike in front of the Department of Agrarian Reform (DAR) and after years of experiencing human rights violations including the killing of peasant leaders. Other private landholdings were likewise covered by CARP when legal battles were combined with networking, negotiations, media campaign, and mass movements.

The Catholic Church's involvement in rural issues provided the necessary pressure for the achievement of the land victories. Bishops, priests, and nuns have become the allies of peasants and indigenous peoples and they made themselves available to serve as the rural poor's spokespersons in lobbying, conducting front door and backdoor negotiations, and activities with the mass media. The involvement of the Church was cemented and formalized when the Catholic Bishop's Conference of the Philippines (CBCP) issued a pastoral statement entitled, "The Dignity of the Rural Poor: a Gospel Concern" in January 2007. The statement called for the passage of a law extending and reforming CARP. It went further by calling for the holding of a National Rural Congress II (NRC II). Forty years after the conduct of the first NRC, NRC II aims to let farmers, fisherfolks, and indigenous peoples speak and thereafter come up with pro rural poor policies and programs.

In broad strokes, these were the context of KAISAHAN's interventions last year. As we are also a player in the struggle for agrarian reform, rural development, and good governance, these were likewise some of the results of our efforts. Within our institution and along with our partners, we have assessed our accomplishments for the year and what we have failed to do (either because of our failures or because the situation simply did not permit it), our analyses, and our plans for 2008.

The year ahead is full of exciting challenges. Unlike in 2007, we pray that this year our successes and our hopes would likewise come from the national - in its collective and individual forms.

2  KAISAHAN's external evaluators noticed this trend in Philippine political life when it noted that, "Faced with huge structural problems at the national level, most NGOs and POs find comfort in the democratic space at the local government level, even while advocacies aimed at the seat of power in metropolitan Manila continue." See the Evaluation Report on the Area-Specific Development Program of KAISAHAN, June 2007, p. 19.

3  The National Union of Journalists of the Philippines, one of the largest media groups in the country, stated that 2007 is still the most violent year for media, with the killing of five journalists and the injury of ten others due to ambushes. The motives are not yet established. See "07 Still 'most violent year' for media," Philippine Daily Inquirer, 5 February 2008, p. A4.

4  The Alternative Law Groups maintain that under Republic Act 9372 or the Human Security Act of 2007, the poor and marginalized sectors are the most vulnerable to abuses because they lack the resources to ensure that their rights are respected and protected.

5  Both contenders Lilia Pineda and Mark Lapid were from the same administration party KAMMPI, which goes to show how seriously flawed is this country's political party system.

6  To air their issues to Gloria Macapagal Arroyo - who did not listen ever since the "Hello Garci" scandal to clamors for reforms and social justice - puts a sadder footnote to the essence of the march.