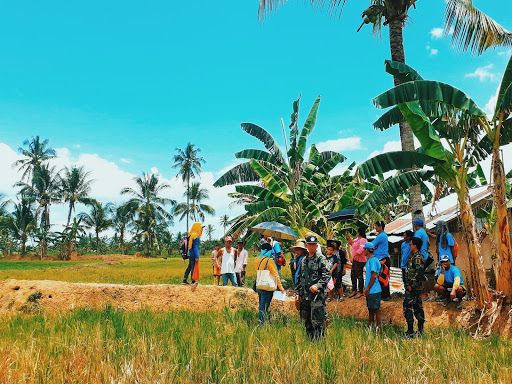 The land was previously owned by Rustico Capahi, Sr, from one of the most influential families in Ormoc City. The certificates of land ownership award (CLOA) were issued in 2002 under the Comprehensive Agrarian Reform Program. However, Capahi's strong resistance resulted to the numerous postponement of the installation. The ARBs remained tenants of the rice lands they legally owned for already 16 years.

ARBs with KAISAHAN Staff before installation

According to the ARBs, the Capahis filed numerous petitions to block them from entering the land. Other reasons for the delay in the process are the presence of blue guards, and the fear of being sued for trespassing.

DAR will be immediately conducting a relocation and subdivision survey so that the ARBs could start cultivating their land. The ARBs, who are all members of the Sabang Bao, Labrador, and San Jose Farmers Association (SALASAFA), committed to continue planting rice and make their land even more productive.