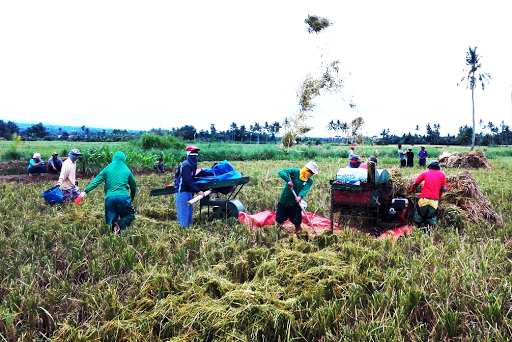 KAISAHAN, along with other agrarian reform and national land use advocates, is seriously alarmed over Senator Cynthia Villar’s leadership of Senate committees directly associated with the use and management of our country’s land and natural resources.

She is also the head of the Senate Committee on agriculture and is the acting chairperson of the Committee on agrarian reform which is concerned on the implementation of the land reform related laws and Constitutional provisions.

We can never undervalue the service rendered by Senator Villar in government and as a private individual. She was a member of the House of Representatives from 2001 up to 2010, representing the lone district of Las Piñas. She is also on her fourth year as a Senator of the republic and has filed numerous bills in support of different agricultural industries.

However, it is also undeniable that Senator Cynthia and her husband, former Senator Manny Villar, are the owners of the Vista Land & Lifescapes, one of the biggest land developers in the country. Vista Land, including its arms Camella Homes and Lumina Homes, has turned vast farm lands across the country into sprawling subdivisions and huge malls.

The Villar family is also hounded by allegations of graft, land grabbing, and illegal land conversions. In 2008, Cynthia Villar, as the representative of their companies, was filed with a criminal case for allegedly grabbing the lands of farmers from the town of Norzagaray, Bulacan (GMA News Online, 2010). In 2010, then Senator Manny Villar was accused of graft when he allegedly sought for the realignment of the C-5 Road Extension Project that stood to benefit his properties (ABS-CBN News, 2010). Also in 2010, then-senatorial candidate Franklin Drilon accused Vista Land of converting irrigated farm lands in Iloilo into subdivisions, which are now known as Savannah Homes (ABS-CBN News, 2010). Jaime Tadeo, a veteran farmer leader  and a former delegate to the 1986 Constitutional Commission, also protested against Vista Land after allegedly converting irrigated farmlands in his hometown of Plaridel, Bulacan into a subdivision (Inquirer.net, 2014).

We are deeply concerned by the possibility that Senator Villar’s business interests can diminish her objectivity when legislations related to land use, agrarian reform and even agriculture are tackled, noting the fact that she leads committees concerning these issues.

One of these legislations is the National Land Use Act or NLUA, which we believe is urgently needed by the country to protect prime agricultural lands needed for food self-sufficiency, from being converted into other non-agricultural uses.

Until now, Senator Cynthia Villar has not yet set a committee hearing on the NLUA bills currently filed with the Committee on environment and natural resources. The House of Representatives already passed their version of the bill, thanks to the perseverance of its champions such as Representatives Kaka Bag-ao, Teddy Baguilat, and Tom Villarin and the efforts of Special Committee on Land Use Chairperson Rep. Kit Belmonte.

This seeming hesitation of the Senate committee on environment to schedule the hearings on the NLUA bills raises doubts on Villar’s objectivity and intentions as the chair of committee in charge of tackling land use.

We call on Senator Villar to set aside her vested interests and give way to the passage of bills that will definitely benefit all Filipinos, especially the small farmers and fisherfolks. These include the NLUA, that aims to classify and protect our lands but is still pending on the committee on environment and natural resources, as well as the Land Acquisition and Distribution (LAD) Completion bill which seeks to complete the coverage of lands for the Comprehensive Agrarian Reform Program (CARP) and is pending in the committee on agrarian reform. Starting the processes at the committee level on the said bills and eventually passing them will prove Senator Villar’s commitment to put the country’s welfare above her family’s business interests.

If the good Senator refuses to start discussions on these bills, KAISAHAN suggests for Senator Cynthia Villar to RELINQUISH LEADERSHIP of the three land and natural resources committees she currently heads due to her obvious conflict of interest.