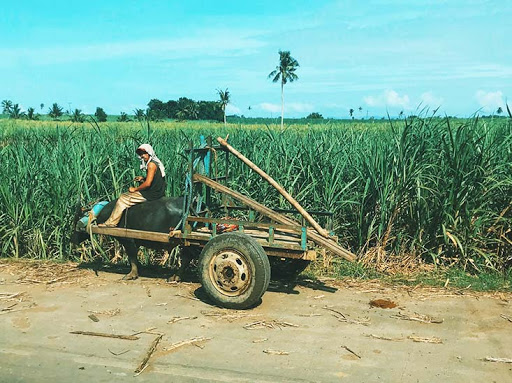 Recent talks on agrarian reform seem to be highly concentrated on the land distribution in Boracay island. Despite many debates on whether the lands in Boracay are CARP-able or, at least, suitable for farming, DAR supported the declaration of President Duterte and is now distributing lands to the Ati tribe.

However, this action may spark conflict with the Indigenous People Rights Act (IPRA). IPRA basically states that the indigenous peoples' activities in their ancestral domains are not limited to agricultural activities, which means they have the freedom to choose what to do with their ancestral land. Members of the Ati tribe in Boracay also expressed their doubts on the proposed land reform[1] stating that they no longer know how to farm.

As Stinus-Cabugon (2018) stated in her Manila Times op-ed entitled, "Agrarian Reform reborn?" the government should be focusing more on addressing "the legal challenges facing the Certificate of Ancestral Domain Title issued to them in 2011 so that they are able to gain full control over their ancestral domain," instead of spending resources in programs that would force them to engage in farming activities.

KAISAHAN, as an agrarian reform focused organization, affirms this statement.

DAR, particularly the Region 6 office, might be spending so much effort in small and problematic areas such as Boracay, with only around 600 hectares of land for coverage, while there are some 100,000 hectares of workable land in Negros Occidental alone which distribution is being stalled by rich and powerful landowners or hacienderos. (In fact, for the plans to proceed, the DAR is allocating their resources in the depositing of 3-feet top soils in some areas in Boracay where some structures set to be demolished are currently standing.[2])

From January 2017 to June 2018, KAISAHAN tracked positive LAD movements in 85 out of our 120 selected landholdings. This means that the land distribution process for these landholdings moved at least one step forward.

However, most of these movements occurred in the early stages of land acquisition. When it comes to distribution, only around 550 hectares from 20 landholdings were distributed within one and half year period. There are still cases among these areas wherein the former landowners block the farmers from cultivating the land, despite the distribution of Certificate of Land Ownership Award (CLOA) and the ceremonial installations conducted by DAR.

Although we could only speak for KAISAHAN project areas, the activities in this 9.5% of the total Negros Occidental balance can still represent the LAD situation in the whole island. We must note that KAISAHAN, for its project, only selected landholdings that are considered "workable," which made the situation even more alarming. If we are still having significantly slow progress in the workable areas, how possible would it be to distribute the remaining 103,000 hectares of agricultural lands in Negros Occidental?

The resistance of the former landowners still remains the most common reason for the slow progress in the land distribution. Numerous cases filed left and right by the land owners stall DAR's processes which directly affects the agrarian reform beneficiaries and blocks the realization of DAR's targets.

As Stinus-Cabugon (2018) stated[3], "to maintain its relevance and help the government in bringing about social justice and economic development, DAR should without delay focus its resources on the long overdue agrarian coverage cases like the 103,000 hectares in Negros Occidental and the large plantations in Mindanao. Giving the land to the tillers is the first step towards solving poverty, inequity and insurgency in those parts of the country where farmers and farm workers continue to toil under feudal-like conditions."

Clearly, DAR has a bigger land issue to address than the land distribution in Boracay. DAR should instead be spending more of its energies and resources to addressing social injustices being experienced by actual, practicing landless farmers. //