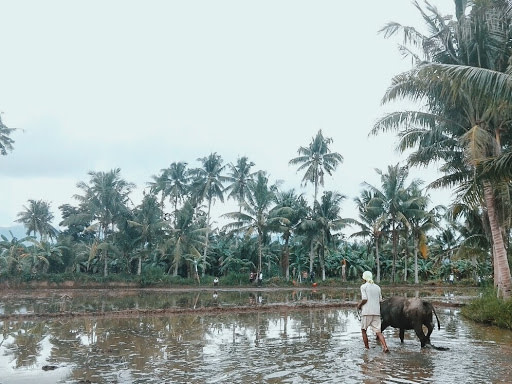 President Duterte’s most recent statements on his Boracay land reform plans alarmed KAISAHAN and agrarian reform advocates. In a gathering last June 13, as CNN Philippines (2018) reported[1], the president outright stated that the island was put under the land reform program so that the beneficiaries would have a land to sell when big businesses once again enter the island. The consolation, he added, is that the local can “earn a huge amount of money” for selling their lands.

This statement clearly reflects the President’s lack of understanding of the agrarian reform law and the very essence of land reform – social justice through providing land to the tillers. The President must be forgetting that agrarian reform is all about economic viability and ecological integrity; and that it is about developing the capacity of the once landless farmers become profitable, environmentally-sound agricultural producers.

With his recent statements, now, we have every reason to doubt the President’s earlier declarations that he is pro-poor and pro-farmer.

Moreover, the President’s proposition is against the law. As stated in RA 6657 Section 27, it is prohibited to sell the awarded land for a period of 10 years and if violated, the government has the authority to declare the sale as null and void; and based on Section 74 of the same act, any person who prohibits the act is subject for punishment by a month or up to three years of imprisonment. In addition, according to Section 65 of RA 6657, the landowner must undergo a meticulous conversion proceeding before using the land for other purposes.

In case the agrarian reform beneficiaries (ARBs) decide to sell their land right after the 10-year period, we must note that the Land Bank of the Philippines is the first in line when it comes to buying and selling private agricultural land. It will be considered a double sale when a big business firm buys the land from an ARB.

Instead of encouraging the natives (and all the other ARBs in the country) to sell their property to big firms, the government should be working on the sustainability of the said agricultural lands, through providing support services and strengthening the farmers and their organizations as landowners.

The Philippines is an agricultural country, rich in land resources. The farmers are this country’s backbone that must continuously be strengthened. Farming is a lucrative activity and is a rich resource for the country. We, as a nation, should be more encouraging and start validating the farmers’ work instead of pushing them to give in to large businesses.

The President, as this nation’s leader, should know better.