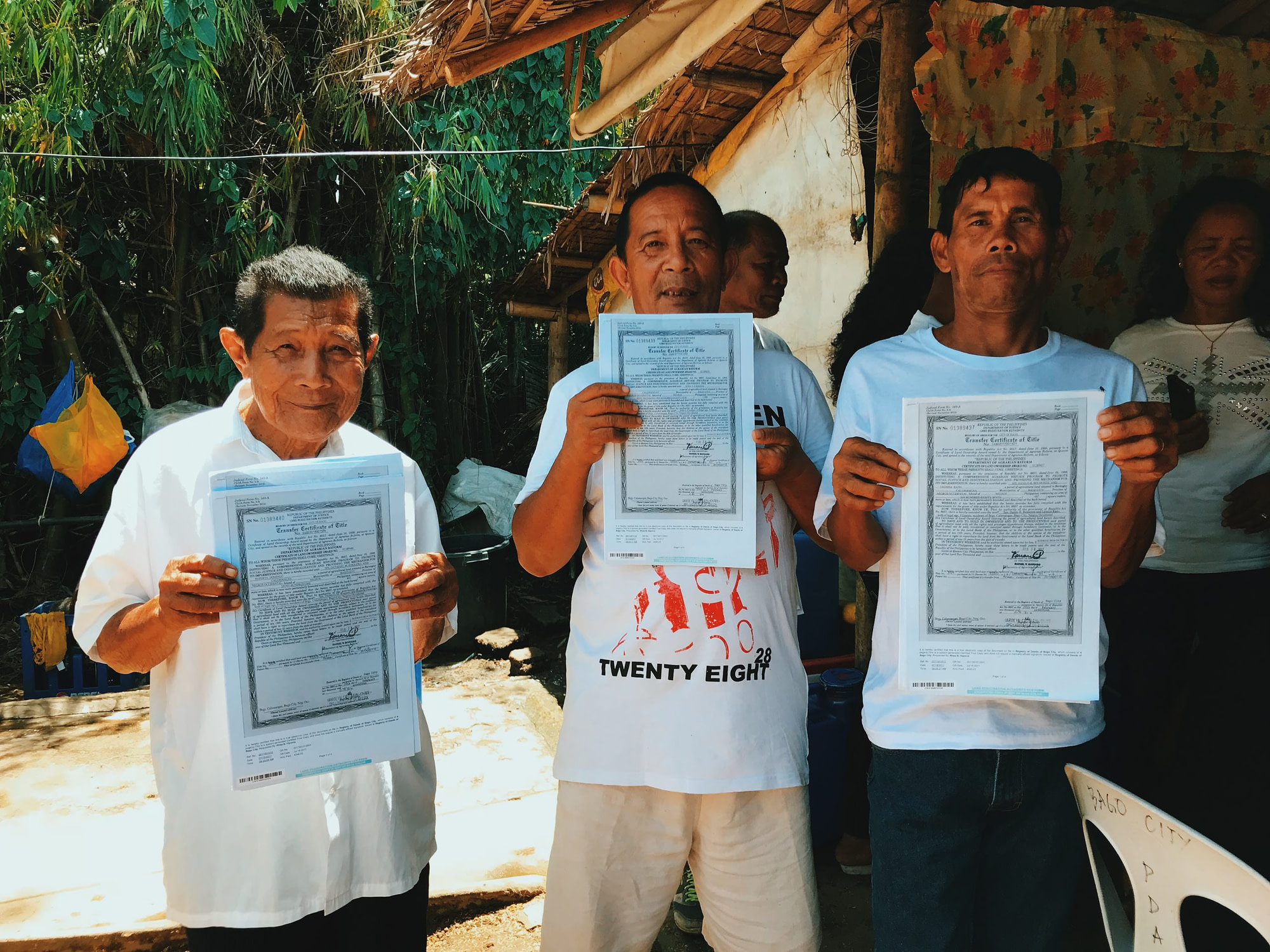 Despite landowner resistance, DAR pushed through with the scheduled distribution of titles and installation of 31 agrarian reform beneficiaries (ARB) in a 16.1209-hectare land last Wednesday, September 27, in Bago City, Negros Occidental. This is part of a total covered area of 32.98 hectares.

“I am thrilled to finally have my own land!” Freddie Candazo could not hide his excitement as he and the other members of the Calumangan Yusay Farmers Association (CAYFA) receive their land titles. “My family could earn around 81,000 pesos annually from sugar cane farming.”

The beneficiaries, in their organizational development plan, already proposed to develop their awarded lands into a sugar cane farm managed by CAYFA. However, DAR and the ARBs are having trouble in securing a right of way from the Yusay widow and heirs.

The awarded area is not accessible to vehicles without passing through adjacent Yusay properties. Without a right of way, DAR decided to just conduct a ceremonial installation in place of an actual one.

“We can reach it by foot since there are narrow paths leading to the area,” explained Candazo. “But the problem will be transporting our farm inputs and harvest.” Candazo is hopeful that they would eventually be allowed to use the 500-meter concrete road from their area passing through the Yusay fish ponds.

Nevertheless, Municipal Agrarian Reform Officer (MARO) Melma Hortelano promised an actual installation for the beneficiaries as soon as the ongoing negotiation between DAR and Yusay is settled.

A day before the activity, Hortelano, together with Fr. Chris Gonzales of Social Action Center (SAC) Bacolod, had a dialogue with Mrs. Teresita Yusay, widow of the late Felix Yusay, to negotiate and settle the issue of right of way.

“MARO Melma said that Mrs. Yusay offered to swap our area with another lot with road access,” stated Roy Candazo, brother of Freddie. “The area is not suitable for farming, so we refused to accept her offer.”

Hortelano assured the farmers that the negotiations would continue until they come up with a resolution favorable to both parties. “I am thankful for Fr. Chris for coming with me to speak with Mrs. Yusay. Finally, after 9 years, we have breached the resistance.”

Installation in the said area has long been a challenge for DAR ever since the members of CAYFA applied as beneficiaries in 2008.

Candazo, finance officer of CAYFA, said that the association is looking into sugar bloc farming to help them sustain their acquired lands, once the other lots are distributed to their other members. They also considered applying with the Agrarian Production Credit Program (APCP) and attending more technical training.

CAYFA, as one of the recipients of the Joint Action for Land Rights project, has already organized a series of capacity building training for their members, with KAISAHAN, SAC, and DAR as resource speakers.

“I am confident that CAYFA is capable of developing the land and keeping it productive. We are very thankful for the assistance of KAISAHAN for our land tenure claims,” stated Candazo. “The series of training strengthened CAYFA and improved the relationship of our members.”